After a nearly ten year absence from advertising, we were charged with reigniting interest in Union Pacific employees, customers, and investors.

The amazing story of the Union Pacific is much greater than had been previously told. It is about much more than a transportation company. It actually fuels our nation's economy and growth.

Help every American understand the importance that America’s largest railroad has—not only on the country’s past, but on its future.

Uniting around a company that united the states.

Before the Union Pacific was an American icon it was an American dream. A dream so bold, so powerful, so courageous as to be almost beyond imagining. It demanded a heroic vision. 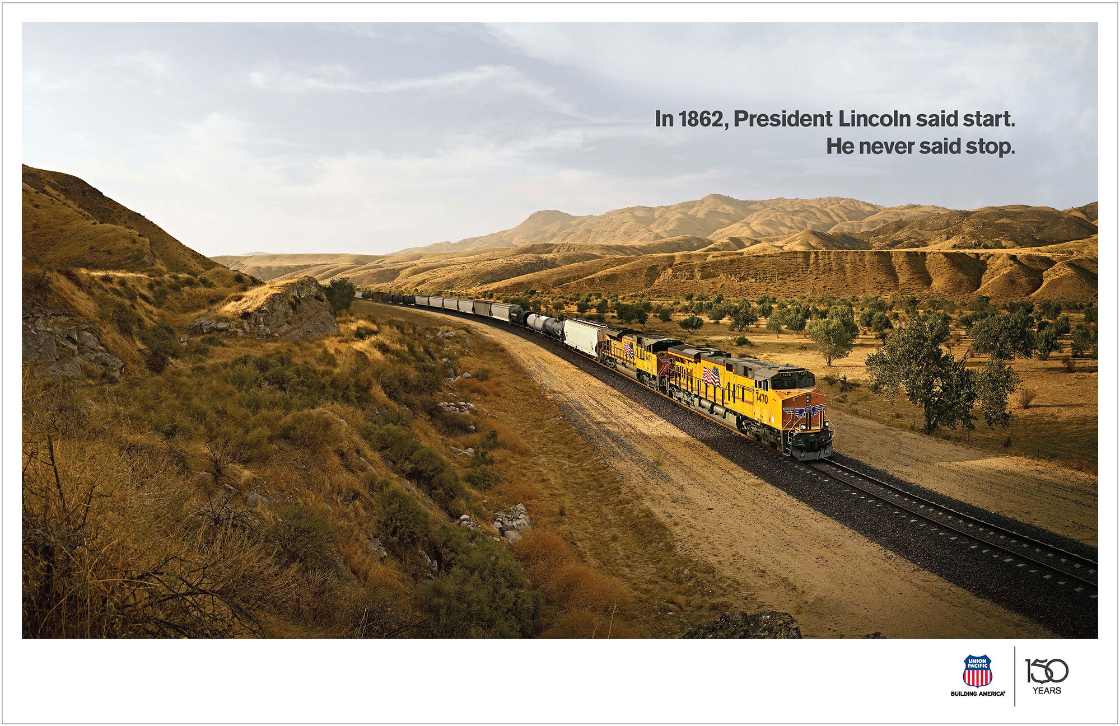